Many plants are called oregano, and the one sold for cooking in North America is usually a species from Mexico. But the oregano species with the proven healing properties is Origanum minutiflorum and grows wild in the mountains of Greece, Crete, Turkey and the Himalayas.

Recent research has also discovered that oil of oregano has other powerful healing qualities. It is effective against yeast, parasites, and even the so-called “superbugs.” It is a potent anti-inflammatory and antioxidant and can reduce the risk of several degenerative diseases. The safety and effectiveness of oregano oil have been demonstrated by thousands of years of traditional use as a herbal remedy. Now, modern science confirms oil of oregano as an important natural health supplement. 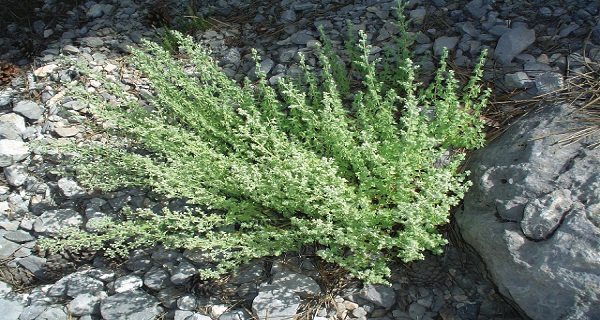 How oil of wild oregano works?

The antibacterial effects of oregano oil are likely due to its ability to penetrate cell membranes and disrupt their integrity. Studies have shown that if bacteria cells come into contact with oregano oil – or one of its active ingredients, carvacrol or thymol – then fluids leak out of the bacteria. The pH inside the bacteria also becomes more acidic, impairing metabolism and replication. These findings are consistent with electron microscope observations that reveal damage to the cell membranes of bacteria exposed to oil of oregano.

Inflammation is part of the body’s normal response to injury or infection. But sometimes inflammation can be excessive or unnecessary, and actually causes a disorder, such as certain cardiac conditions or seasonal allergies. Oil of oregano is rich in the polyphenol rosmarinic acid, which has been shown to have an anti-inflammatory action. In a human clinical trial, patients with seasonal allergies were treated daily with rosmarinic acid or a placebo for 21 days. Compared to placebo, supplementation with rosmarinic acid resulted in a significant improvement in symptoms. The researchers also investigated how the rosmarinic acid worked. They took nasal swabs from the patients and discovered the rosmarinic acid had decreased the number of neutrophils (the white blood cells that form the bulk of inflammatory congestion) and eosinophils, another type of white blood cell that produces harmful reactive oxygen species, including free radicals. These natural anti-inflammatory effects of the active compounds in oil of oregano may be the basis for its historical use as a herbal remedy for inflammatory disorders, such as coughs, asthma, croup, bronchitis, rheumatoid arthritis, dyspepsia, and dysmenorrhea. Anti-inflammatory action may also underlie the use of oregano as a herbal remedy for acne, insect and spider bites, canker sores, gum disease, toothaches, psoriasis, seborrhea, rosacea, and muscle pain.

Oil of oregano also provides effective antioxidant protection against cellular damage caused by free radicals. Free radicals oxidize some of the molecules that make up the body’s cells. This oxidation is a process similar to rusting and it damages the cells. Free radicals are a factor in inflammation and degenerative diseases, including arthritis, cancer, and heart disease. Oil of oregano contains powerful antioxidants such as rosmarinic acid and quercetin. A 2001 study of various medicinal herbs found that oil of oregano has an oxygen radical absorption capacity (ORAC) four times greater than blueberries, and at least 12 times that of oranges and other fruits and vegetables. Oregano’s ORAC value was higher than even vitamin E . The ORAC test has become one of the standard methods to measure antioxidant properties in foods. The higher the ORAC value, the higher the concentration of antioxidants. In an animal study, pre-treatment with rosmarinic acid before exposure to a carcinogenic chemical resulted in a reduction in reactive oxygen species that cause free radical damage. Laboratory tests showed the antioxidant compounds in oregano oil had a strong protective effect against the oxidation of LDL (“bad”) cholesterol, a key factor in heart disease. Some research has also found anti mutagenic and anticarcinogenic effects of oil of oregano, suggesting it may be useful in the prevention and treatment of cancer.

As more and more antibiotic drugs lose their effectiveness against life-threatening bacterial infections, research is showing the oil of Origanum vulgare has potent antimicrobial actions that can give our immune systems some needed reinforcement. Many of oregano oil’s active constituents, including carvacrol and thymol, are phenolic compounds. They are responsible for oregano’s demonstrated ability to inhibit the growth of or kill, many harmful microbes that infect humans. Several laboratory studies have shown oil of oregano to be effective against a range of problematic food-borne pathogens, including Escherichia coli O157: H7, Listeria monocytogenes, Salmonella typhimurium, and Staphylococcus aureus. Studies have also found oil of oregano to be effective against a variety of fungi and yeasts including Candida albicans, which becomes an infectious agent if there is a change in the body environment that allows it to grow out of control. In vitro research has shown that oregano oil completely stopped the growth of C. albicans in culture, inhibiting both its germination and its mycelial growth. This effect was dose-dependent, meaning that the oregano oil was responsible for the effect.

Used traditionally for thousands of years as a herbal remedy, the health benefits of oil of wild oregano are now supported by modern medical research. Oil of Oregano can assist the immune system in combating an array of pathogenic microbes, improve inflammatory conditions, and reduce the risk of many degenerative diseases.

We are surrounded by the world full of herbs which are packed with the energy to heal us and oregano oil is just one of thousands that we have been blessed with.