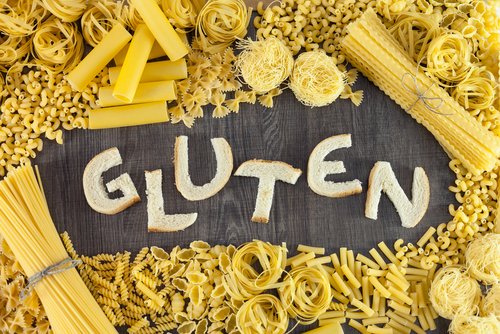 Gluten sensitivity and intolerance can manifest as much more than just IBS-like symptoms and stomach problems. That’s why doctors are more likely to dismiss the idea that you even have this because if they don’t hear about digestive problems as your chief complaint, then it must be something else.

It can be an exclusively neurological disease for many. In 2013, an in-depth study by a team of researchers including renowned Dr. Alessio Fasano stated that “Both Celiac Disease and gluten sensitivity may present with a variety of neurologic and psychiatric co-morbidities, however, extraintestinal symptoms (outside of the digestive system) may be the prime presentation in those with gluten sensitivity. However, gluten sensitivity remains under-treated and under-recognized as a contributing factor to psychiatric and neurologic manifestations.” (source)

It’s very important to note that not all cases of neurological symptoms are caused by gluten. However, issues like depression and anxiety which are not typically linked directly to gluten consumption CAN be signs of gluten sensitivity for some. Too often, painkillers and prescriptions are thrown at patients when no clear diagnosis is made, missing the real cause behind the symptoms bubbling up on the surface.

The bottom line is that gluten sensitivity can affect processes in the body beyond the digestive tract, wreaking havoc on your skin (our largest organ!), joints, bones, mouth, endocrine system and more. Your myriad of symptoms that don’t make sense to the doctor may mean that they’ve no clue what you’re reporting back to them the signs of gluten sensitivity. The current model of medicine treats symptoms rather than looking for the underlying cause which further explains why doctors are quick to prescribe medication that might ease only your momentary suffering. But it certainly doesn’t excuse the lack of education and openmindedness that would serve patients better if they knew more about the interaction between food and the body.

If you don’t feel listened to, then it may be time to find a new doctor. Jennifer eventually found a doctor who listened and told her she needed to stop eating gluten—for good. In a mere two weeks off gluten, all her plaguing symptoms began to cease and things she didn’t realize were actual problems with her body started to clear up, including achy joints (at age 21 no less!), muscle spasms, strange tingling sensations, and random dizziness.

And for all the doubters out there, gluten sensitivity is oh so very real.

Here’s a checklist of some of the surprising symptoms and signs that have been linked to gluten sensitivity and make sure to work with a qualified health professional to get tested.