Do you have a smartphone? Well, if the answer is yes, you are one of the millions of people who possess such gadget. The smartphone is a device that has many great features and you can use it for almost anything: you can call someone, you can write text messages, you can shoot pictures, you can use the calendar or as a GPS navigation, but you also can access the Internet and chat with your friends or check your favorite recipe. Undoubtedly, this gadget has many different functions that make our life much easier.

However, did you know that your mobile phone has a detrimental effect on your overall health? Probably many of you will be shocked as that is really scary.

Have you ever heard of cell radiation? Well, the blue light coming from your phone is responsible for that.

“Blue light is part of the full light spectrum, which means we’re exposed to it by the sun every day. However, nighttime exposure to that light, which is emitted at high levels by smartphones, tablets, laptops, and other LED screens, may be damaging your vision. It also suppresses production of the hormone melatonin, which throws off your body’s natural sleep cues”.

Scientific studies have confirmed that there is a relation between smartphones and the following health issues and diseases:

Scientists explain that the blue light affects the sleep during the night and in same time substantially increases the risk of developing cancer, particularly breast and prostate cancer. Namely, melatonin is the body’s natural weapon against cancer. Studies showed that blue light suppresses the production of this hormone. Over time, as a result of excessive exposure, the human body becomes a perfect soil for the development of severe health issues.

As it is mentioned above, the blue light negatively affects the melatonin levels. Your body needs this hormone in order to get quality sleep during the night and thus get a proper rest. Lack of melatonin disrupts the sleeping pattern and causes the following issues:

In addition to all that, the blue light damages the retina and also causes macular degeneration and cataracts.

Scientists explain that as a result of excessive use of smartphones, 35-year-old patients have the same issues as elderly. It is important to mention that scientists need to conduct more detailed research in order to support this claim.

However, there are many reasons why you should not use your smartphone for hours before falling asleep. 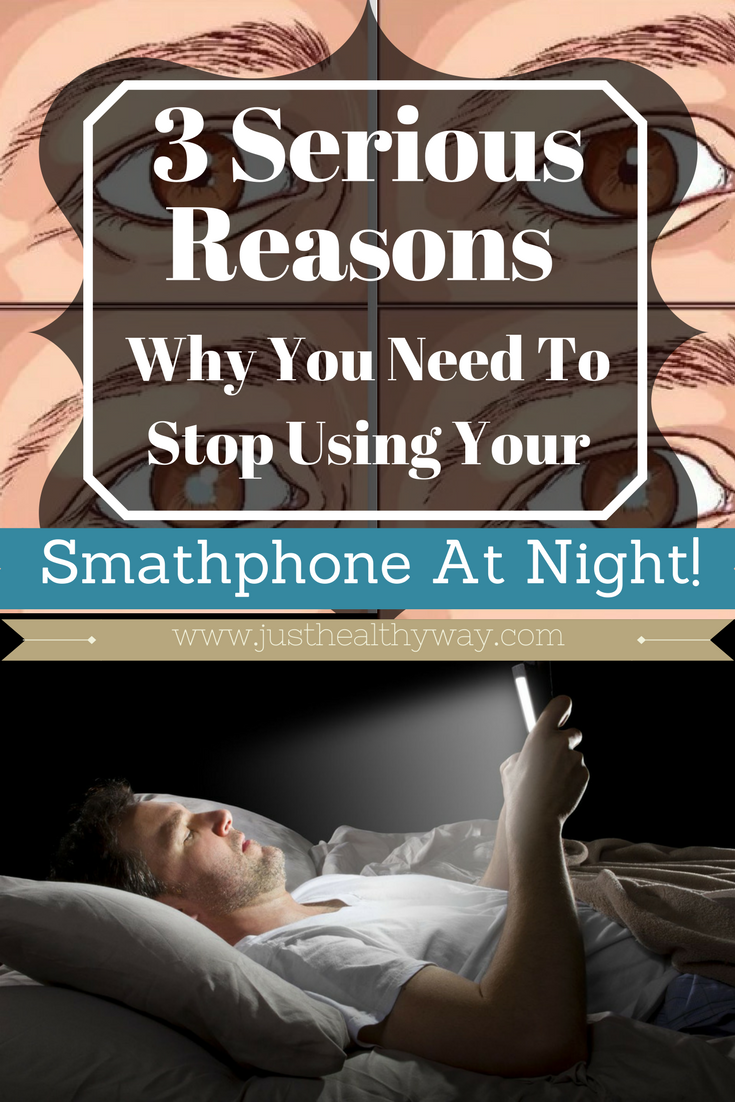